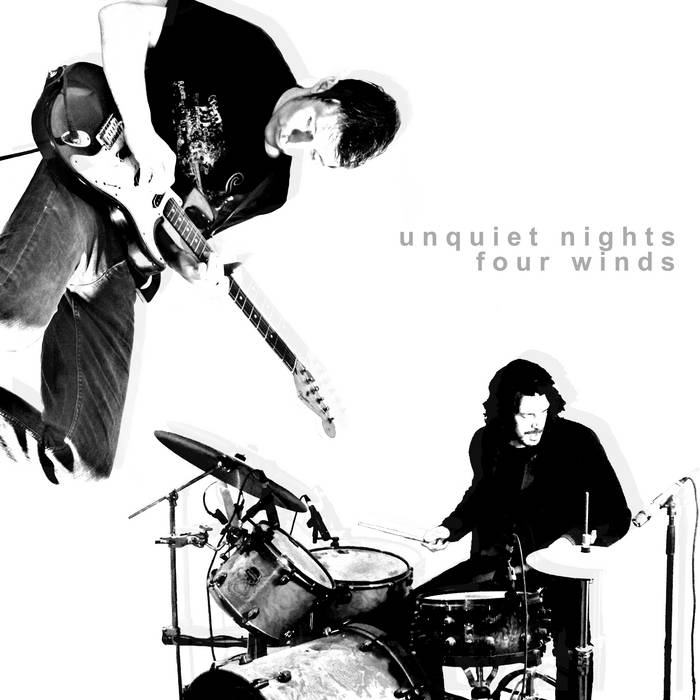 Belfast’s Unquiet Nights are back with a roar on soaring new single ‘Four Winds.’

On Friday June 14, acclaimed rock band Unquiet Nights unveil their first new material of 2019 via all digital platforms. A seductive, stadium-ready number that stakes a claim as the soundtrack to the summer, ‘Four Winds’ sees the band’s mainman Luke Mathers’ tell a deliciously dark tale of intense attraction and wrap it around a surging chorus to die for.

“The two characters are realising that they are the absolute centre of each other’s lives,” explains Unquiet Nights’ singer, guitarist and sonic architect. “Although their attraction is intense, there is a form of desperation that comes with two people needing each other so badly to survive. Maybe it’s my version of John Lennon’s ‘Don’t Let Me Down.’”

A track that conjures up the spirits of Dave Gilmour, late 80s Fleetwood Mac and Stevie Nicks while also offering a fistful of fresh ideas and sounds from Mathers’ voluminous bag of tricks, the foundations for ‘Four Winds’ were laid in their own studio Credential Sound, then some finishing touches were applied in the legendary Manor Park in Derry/Londonderry.

“Because I’m using a Stratocaster against atmospheric synth textures, it’s hard to deny the Gilmour thing,” offers Luke. “I was listening to Stevie Nicks ‘Room on Fire’ one day while I was working on it as well. What I was mainly trying to do by starting with a dance kick drum and running it into a delay to create this shuffling effect, then overdubbing the rock drum kit in Credential Sound on top of the loop was to create something that sounded unique. If I feel myself being influenced by one thing in particular, I usually pull hard in another direction to try and end up with something that is different.”

In addition to being released on all streaming platforms, Unquiet Nights are also making ‘Four Winds’ plus their whole discography to date (which includes the single ‘George Best City’ which has notched up a quarter of a million streams on Spotify) available via a flash drive which can be purchased through their website unquietnights.com