Promise of You (Single) 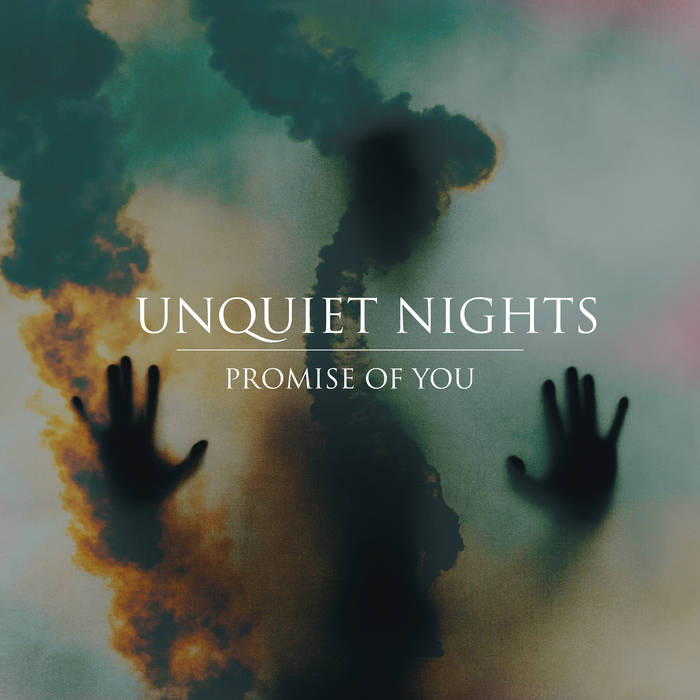 Unquiet Nights return with anthemic new single 'Promise Of You' on Feb 16.

Keen to kick off 2018 with a bang, critically acclaimed rockers Unquiet Nights unleash their comeback single 'Promise Of You' on Feb 16 via all digital platforms. Inspired by the universal allure of music and the stories behind the sweat drenched clubs that offer their stages to rising bands, the seeds of the song were first sewn, as ever, on singer/guitarist Luke Mathers' trusty laptop.

Polished and perfected at Manor Park Studios in Magherafelt, Northern Ireland, 'Promise Of You' sees the Northern Ireland and Italy-bred three-piece more direct and dynamic than ever before. Driven by pounding percussion and bolstered by a stadium-sized chorus, the song is informed and indeed forged by the lessons they've learned from years on the road gigging around Europe.

Their new single offers fans of Unquiet Nights their first taste of what promises to be a slew of new material over the months ahead. After enjoying some time off after the release of their second album, [2015's Postcards In Real Time'] and its subsequent tour in 2016, the band have now built their own studio and intend to take full advantage of it (in fact, there's another single pencilled in for an April release, plus a third full length record further down the line).

But enough about Unquiet Nights' exciting future, let's savour the present and their stellar new single 'Promise Of You,' which sees the band return to action in considerable style. Keep your eyes peeled on their website for updates on the single, their live shows and more www.unquietnights.com

The door was open, there was a pure red sky that night
And in the morning, I could see the future bright
You gotta believe it, you gotta believe it's true
Each time i saw you, you had eyes that seemed to burn
And things were moving strong, long past the point of no return
You got a secret, I guess that i still got one too

There was a spiral staircase, and a painting of some angel wings
You took a phone out, muted it and let it ring
You got a secret, I guess that i still got one too
This place was perfect, one year they burnt it to the ground
Fixed it back up, since then we started coming down
Noise from the station, thundering the whole night through